I remember watching the original 1977 Pete’s Dragon when I was a kid. It was a unique mixture of live action and animation. It’s one of the lesser known Disney movies from the 70’s that doesn’t get talked about much, however in the age of the remake, this is one movie that improves on the original.

The movie takes place in a non-specified wooded state in the late 70’s, the early 80’s. It was a much simpler time and reminded me of being the same age as the main character Pete (Fegely). After Pete survives a car accident that kills both his parents, he is chased into the woods by a pack of wolves only to be rescued by Elliot, a large, furry color changing Dragon who has the personality of a friendly labrador. For five years Pete lives in the forest with Elliot, who not only becomes Pete’s best friend but also his protector. They share a tight bond as Elliot basically becomes a father figure to Pete the same way animals have been known to adopt & raise orphans of other species. Their peaceful existence is shattered when a park ranger (Howard) and her daughter find Pete and take him back to civilization. Meanwhile, a heartbroken Elliot frantically searches the forest for his friend and is captured by a group of loggers led by Karl Urbans character.

Pete’s Dragon is a bittersweet story that tugs on your heartstrings on more than one occasion. The CGI Elliot is done better and more believably than most computer animated characters as of late, which definitely helps you as the viewer suspend your disbelief and immerse yourself into the story. The caliber of acting was top notch, and it’s always nice to see Robert Redford on screen. The real standout was Oakes Fegely as Pete, who has the difficult task of not only being an inexperienced actor, and having to act against a computer generated character is never easy even for seasoned actors, but Fegely pulls it off.

I’d be interested to see what other films he works on down the road. All in all Pete’s Dragon was a solid effort by Disney, and should be enjoyable to kids and parents alike. It’s a bedtime story brought to life, is never boring, and hits all the right notes it intended to. I give Pete’s Dragon an A-. 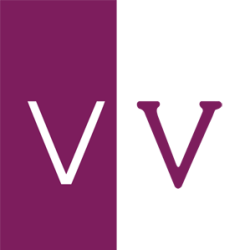 Latest posts by verovine (see all)